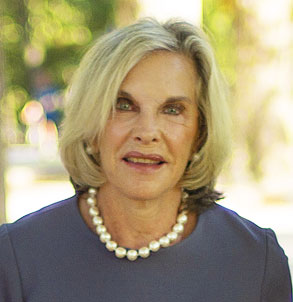 Dr. Joan Kirschenbaum Cohn is a clinician, assistant professor, lecturer, author, and spokesperson in the mental Health sector. A dynamic and energetic leader, she initiated and has helped to build community-based and organizational programs with major teaching hospitals including Harvard (Brigham and Women’s Hospital and Children’s Hospital), Stony Brook University Medical Center and Mount Sinai Medical Center.As a clinician, she has treated individuals, groups, and families from different ethnic and socio-economic backgrounds. She has worked as a coach for professionals trying to achieve success and balance in their lives. Her patient population has spanned the life cycle from young children to the elderly. Dr. Cohn has served as a consultant to nursery schools, day care centers, colleges, and family businesses. She provided crisis intervention following the 9/11 tragedy.

Dr. Cohn was a founding member and Associate Director of Mental Health at the Mount Sinai Women’s Health Program in New York City. In this academic-based interdisciplinary primary care practice, she helped to train physicians in women’s health and participated in women’s health research. In addition to her clinical responsibilities, as a therapist, she has been an Assistant Professor in the departments of both Medicine and Community and Preventive Medicine. In this role, she has had the opportunity to mentor medical students and teach them the importance of the psycho-social aspects of disease.

Dr. Cohn has lectured to physicians and other health care professionals, students, and lay audiences both in the United States and abroad on a variety of subjects including chronic illnesses, suicide, stress and women’s health. She has been a guest on numerous television and radio programs. She has co-authored two books as well as numerous scientific articles. 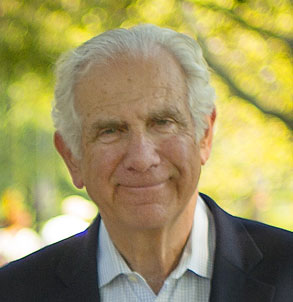 World-renowned cardiologist Dr. Peter Cohn was the founding Chief of the Cardiology Division at the State University of New York at Stony Brook. He is currently the Chief of Cardiology Emeritus. Dr. Cohn’s major research interest for the past 30 years has been ischemic heart disease. He has been at the forefront of investigations into silent heart disease and enhanced external counterpulsation (EECP). He has published extensively on these topics (including co-authoring with his wife two books on heart disease for the general public) and has lectured at hospitals and scientific meetings throughout the world. Dr. Cohn is the consummate communicator whether speaking before thousands of medical professionals or discussing the intricacies of a case with a worried patient.

In addition to membership on numerous journal editorial boards, he is also the founding editor-in-chief of Cardiology Review. Dr. Cohn has been active in both the American Heart Association and the American College of Cardiology (ACC). Most recently he served on the Board of Governors of the ACC and as President of the NY Cardiological Society.

In 1996, his peers selected Dr.Cohn as “one of the Best Doctors in America” according to the Consumer’s Research Council, an independent research company based in Washington, DC. He has been on the list every year since then. His patients include heads of state, corporate giants and celebrities. Doctors around the world seek his opinion. Dr. Cohn earned his undergraduate and medical degrees from Columbia University and completed his training in cardiology at Harvard Medical School and the Peter Bent Brigham Hospital in Boston (now Brigham and Women’s Hospital).